Hellvape Dead Rabbit V2 RTA can hold a maximum of 5ml of vape juice. To fill it, simply slide the top cap to reveal the large filling port. The biggest change of the Dead Rabbit V2 RTA is the build deck. It adopts the four-post design, as we've seen with the Dead Rabbit V2 RDA, but with a twist. They raised the posts to give you even more room to build on and it also makes it easier to cut the leads off the coils. With that being said, coil installs would be an absolute breeze. It gets even better, just like the original, it supports both single and dual coil builds. Whether you want to throw in a huge single coil, or dual coils, you sure can with this RTA. Another unique feature is on the bottom of the build deck. It uses a PC thermal insulation plate, which helps redirect heat from your mod while preventing accidental scratches. 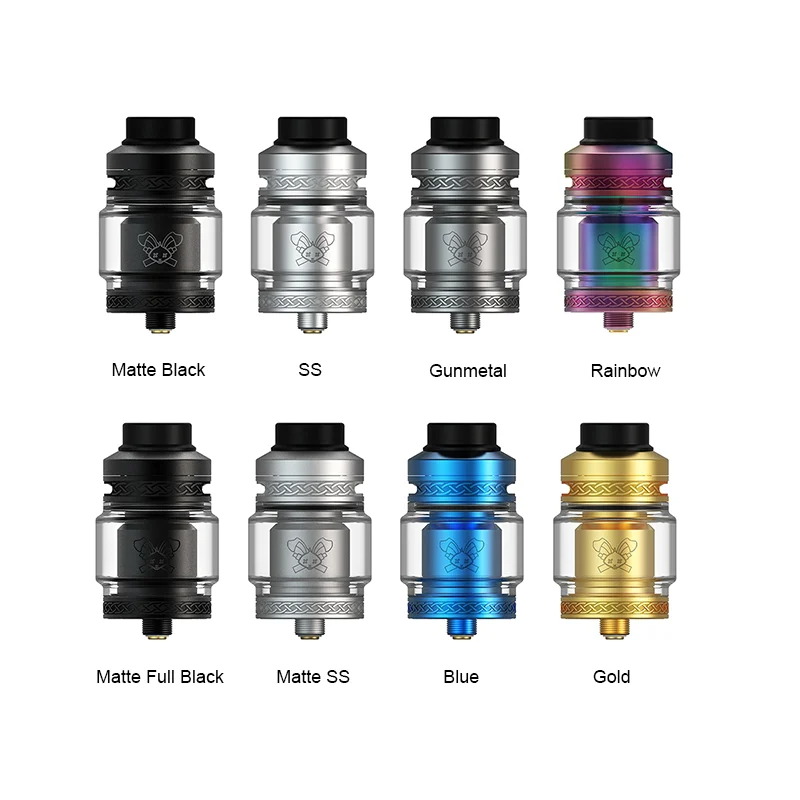 The Dead Rabbit V2 RTA keeps another key feature which is the adjustable top airflow design. However, it features a diagonal honeycomb design which not only smooths out the draw but provides excellent flavor production. Not to mention, you won't be getting any leaking either. Lastly, it's constructed out of stainless steel material and has an engraved logo on the chamber. Whether you're a fan of the original version or in the market for a new top airflow tank that supports various coil builds, you'll want to check out the Dead Rabbit V2 RTA. It offers some awesome improvements in the design, providing you vapers with an even better quality product.